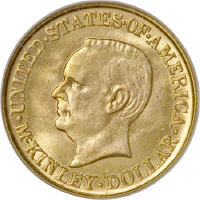 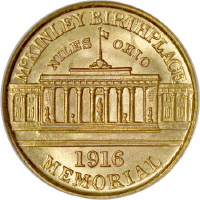 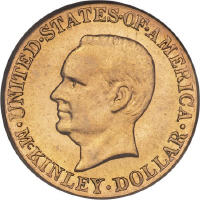 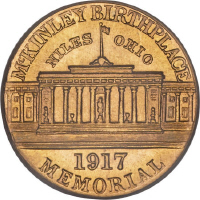 The National McKinley Birthplace Memorial Association was incorporated by a special Act of Congress on March 4, 1911. The purpose of the Act was to build a Birthplace Memorial in Niles, Ohio for Mckinley, United States 25th President. The $1 Gold Commorative sales where used to help fund the more than half million dollar project that was dedicated on Oct. 5, 1917.

I forgot about the existence of these pieces! Thanks!