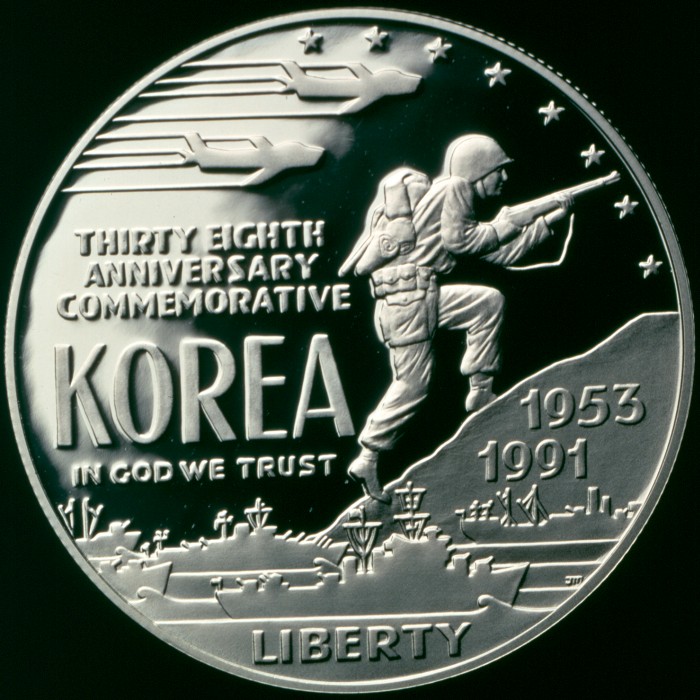 The Korean War Memorial dollar is a commemorative coin issued in 1991 to commemorate the 28th anniversary of the event.

The coin was the 3rd commemorative coin issued by the United States Of America. It continued the tradition of 90% silver content which was not used on circulating coins, but is still used on Commemorative silver dollars.

That's odd. It is from my screen.

I think that's because it's on your computer and reading from your c: drive.
Ebay Coin Auctions Ending Now - Clicks to Ebay Help Support This Forum
Top

I'll look for another image, or photograph my own SGS example of this coin.

Return to “One Dollar Commemoratives”