It can be difficult to take coin pictures for online purposes because no camera can capture the true luster, details and overall beauty of a brilliant coin. However, with a little information the you can use the proper camera settings, lighting, and a little help from a photo editing software, and still honestly portray their coins in pictures.

You can do this with a inexpensive camera providing it at least has marco mode, but more on this later. Now, let’s take a look at a few coin picture examples.

Figure 1A, is a picture of an uncirculated Jefferson Nickel, and I used a Lexmark X75 to produce the scan. As can be seen, the scan appears unexciting and wouldn’t entice many collectors to bid. Figure 1B is a lightened version of Figure 1A, but in doing this I lost some of the details, and it still leaves a lot to be desired.

I’m sure a better scanner would produce better results, but I have yet to see a scanned coin display the correct detail or luster of any coin. I could have used photo software to further “improve” this scan, but then I would end up creating a coin scan that is far removed from the actual coin’s appearance. So, I wouldn’t recommend the practice of using scanned coins online. 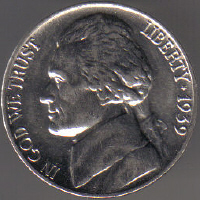 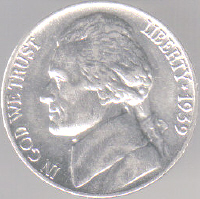 Now let’s move on to the best tool to take great coin pictures, the digital camera. It’s obvious a 35mm camera would take the best photographs of a coin, but most of us don’t have the inclination or the money to purchase an expensive set-up, and it’s not necessary to use an expensive camera to correctly produce the natural appearance of a coin. 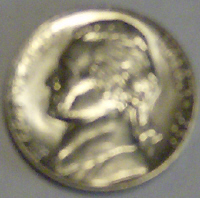 I used macro mode for each picture below and you can see much better detail of each coin. I used different lighting techniques, but that’s not as important as the macro mode along with a steady hand or a small tripod. It’s very important to keep the camera as motionless as possible or the picture will be blurry no matter what you do, and sometimes the slightest movement can blurr the image.
So it’s important to practice and take several photos of each coin until you become efficient. In Figure 3A, I used sunlight through a window and positioned the camera almost directly above the coin. As you can see the photo is unappealing. In Figure 3B, I used a 60W, soft white lighting, with the camera tilted at a slight angle, until the light reflected off it’s surface. In figure 3C, I used sunlight and slightly tilted the camera until I could see the light reflecting off the coin’s surface (but not too much or it can mask important details).

These three examples are what most coin auctions pictures look like, and any one of the three would be acceptable, but I personally wouldn’t use Figure 3A. It would affect the amount of bids. Now, with Figures 3B and 3A a seller would do alright, but we can take this a little further by using some photo editing software, and this is where we need to be extra cautious.

You are attempting to honestly portray you coin’s because we’re using least expensive digital cameras, and not trying to hide by blurring, smudging or altering the details of the photo in any way. The only software options you need here is color balance and brightness/contrast. I use Ability Photopaint, not because I think it’s the best but I have just used it for years.

What we want to do is change the color balance a little, and if needed, brighten the image just a bit. I don’t feel these two photos need any brightening/contrast, but the colors do not show the actual hue of the luster. So I will use color balance only. 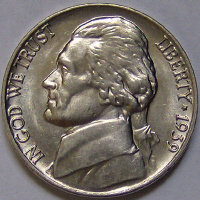 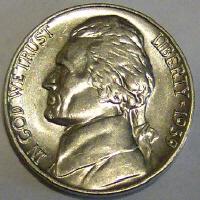 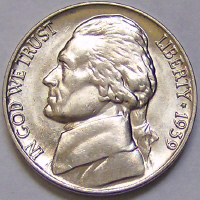 Figures 4A and 4B are the results I came up with by using some software tweaks. I had the coin beside me so I could match, as closely as possible, the actual tone of the coin without sacrificing any details. Figure 4A, we know I used soft white light and this gave the coin a subdued-yellow color.

I attempted to add some blue to the to the shadows, midtones and highlights but I couldn’t get the correct color. I then tried to brighten the coin, but to no avail. I couldn’t get the photo to mimic the actual appearance of the coin. If I had used fluorescent lighting and used the white balance, tungsten setting on my HP camera, then I might have been more successful.

Now, as I said for Figure 4B, I used natural sunlight coming through the window. I didn’t allow the sunlight to directly shine on the coin. Enough light shines though the window to just lay the coin on a piece of white paper, out of the direct sunlight, and tilting the camera at a slight angle, to get enough light for the picture.

I used the color balance for this photo, adding a slight amount of blue to the shadows, midtones and highlights. I then lowered the red hue a tad, and added a little green hue to the mix. I was very careful not to go overboard with my selection, and I ended up with a photo that closely resembles the actual coins details and natural luster, and color, and you can see, in Figure 4B. I would be satisfied using this photo, and I have many ebay bidders who have been happy with my pictures and descriptions. No photo replaces honesty in an auction description, but a good photo will increase bid amounts and create a satisfied costumer base. 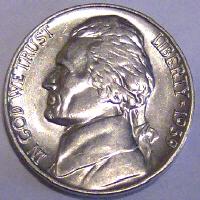 Lastly, if you want to give your photo a professional appearance, you can use the elliptical selection option your software should provide. I wasn’t completely satisfied with how the blue background “bled” into the coins luster in 4B, so I copied and pasted an elliptical selection of the entire coin (Figure 5A), and this helps the viewers focus on the coin only, and not force the eyes to separate the coin from a background color. 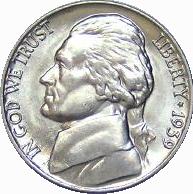 I hope this guide helped you to understand and take coin pictures better, and if you have anything to add feel free to post a comment.