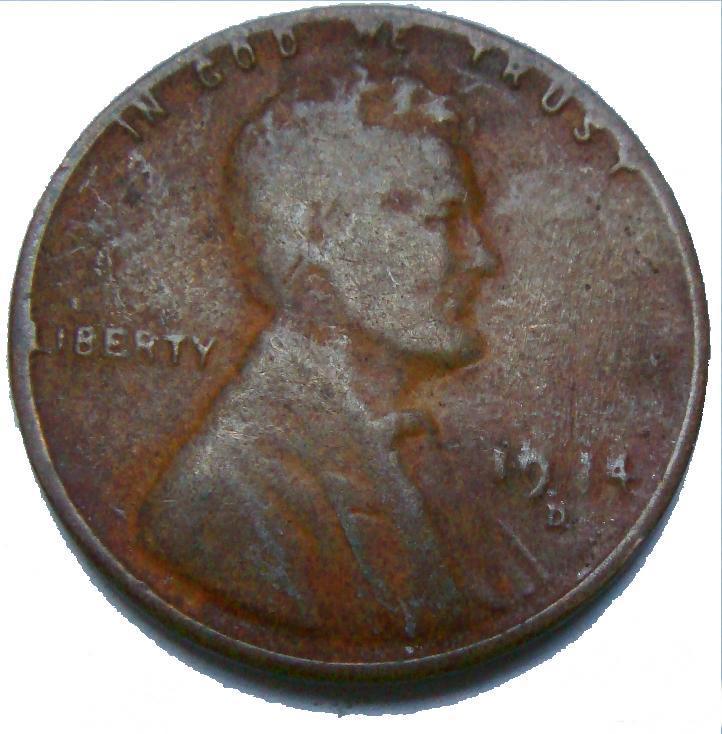 The 1914-D is one of the most “faked” Lincoln Cent Key Dates, and many fakes are made from 1944-D Lincoln Cents. However, a collector can learn certain details so they don’t become a victim to a sellers scam. 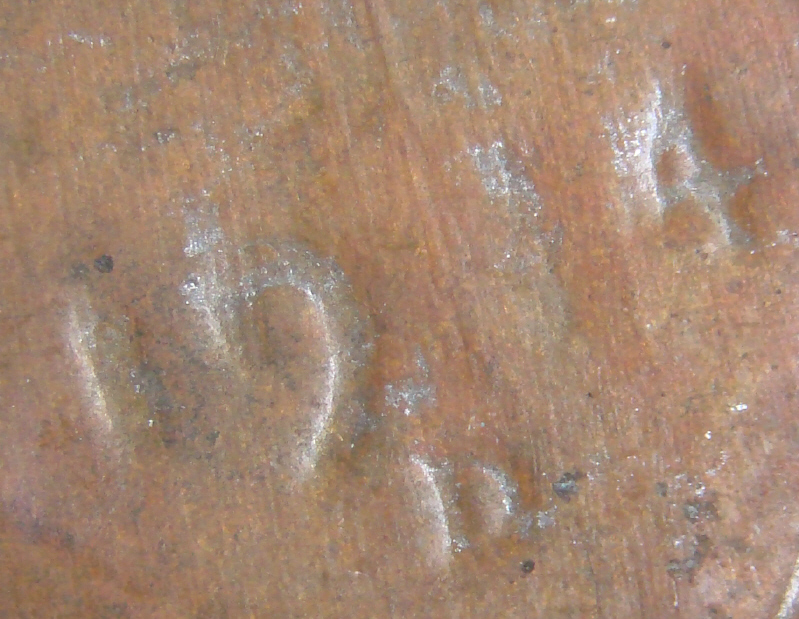 Here’s a magnified example of the above 1944-D, and you can see the scratch lines where someone rubbed off the four to make it look like a “1”. 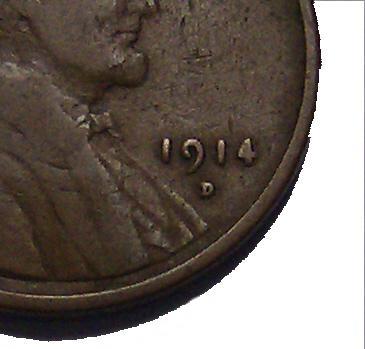 Here’s an authentic 1914-D Cent, and an true 1914-D was struck with certain die characteristics, and if two or more of these are not present then it’s most likely a fake. First, notice the D mint mark on the authentic version and compare it to the fake, the D will have more of a “boxed” appearance and be angler inside the “D”. Second, near the third fold of Lincoln’s shirt where it meets his over coat, there should be a die crack connecting it to the rim. Third, a true 1914-D will not have the designer initials V.D.B. under the shoulder, the designer initials where not placed on this area of the coin until 1918.

If a seller refuses to give close up photos of these areas for a diagnostic then do not bid on the coin. It’s best to buy a graded and authenticated version until one can learn how to identify this rare date.